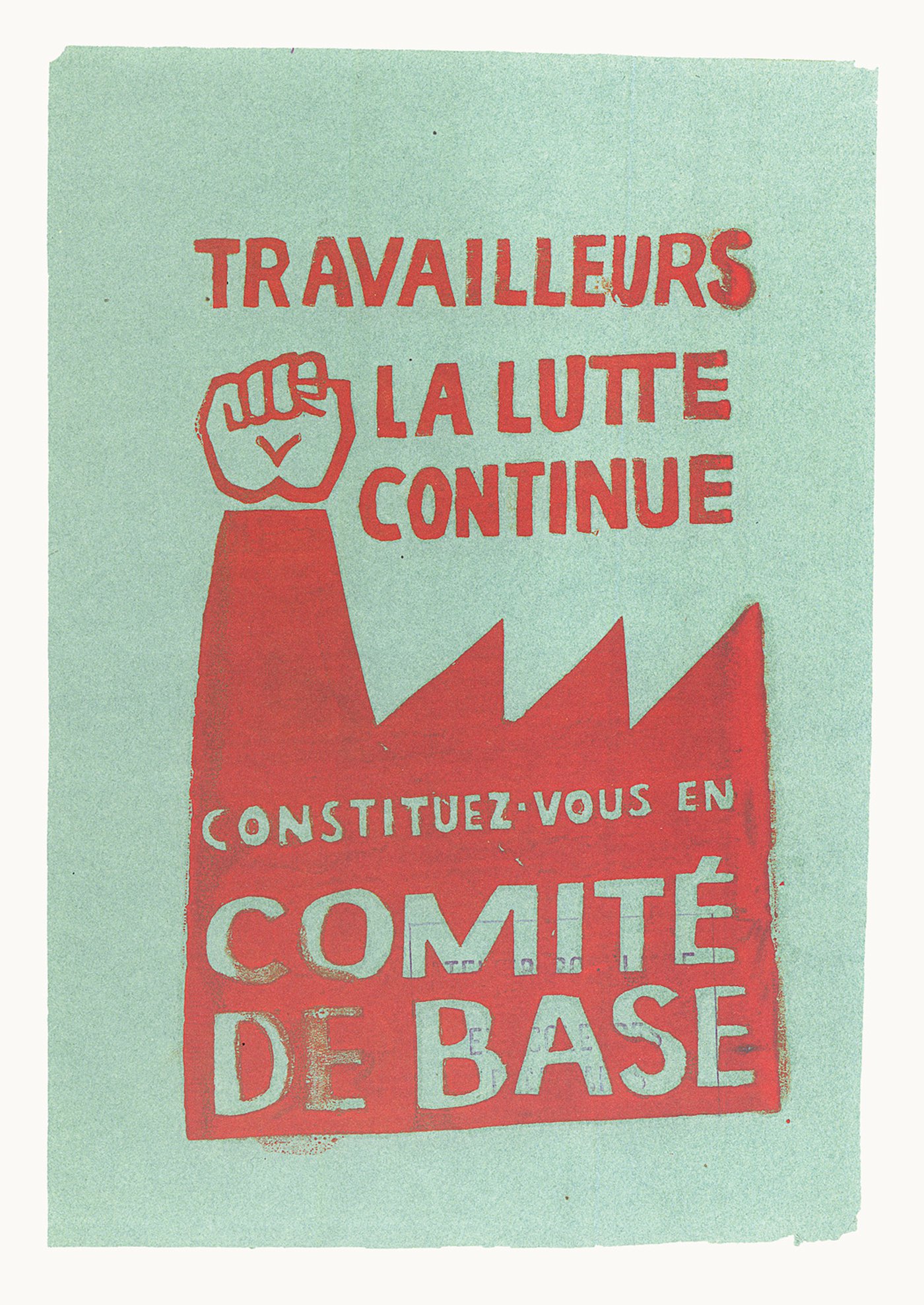 The above poster was created by students from the class of ’68 at the École des Beaux-Arts, Paris. If you want an effectiveness story, you could justifiably claim that it was part of a campaign that helped galvanise an overwheming majority of the French population against the government. (Are you taking notes, UK class of ’21?)

The student revolt, or May 68, as it came to be known, kicked off a period of extreme civil unrest in the French capital. Universities were occupied and the students of the École des Beaux-Arts promptly renamed it the less bourgeois sounding Atelier Populaire.

The art students then proceeded to produce hundreds of different protest posters, screen printed with powerful slogans and graphics. These messages appeared everywhere on the streets of Paris, mobilising other students and workers to rise up against the unpopular government of Charles De Gaulle.

After a series of large demonstrations, including over one million people marching through the streets of Paris, and some excessive police brutality, a general strike ensued leaving the government in disarray. At its height, eleven million workers had walked out. The banks closed, the trains stopped running, the country basically ground to a halt and the President even secretly fled France to Germany at one point.

Negotiations between the government, trade unions and employers eventually resulted in significant wage increases for workers.

For passion, energy and conviction, these simple posters on cheap paper are hard to beat.

The work featured here says something like ‘Workers, the struggle continues. Form a grassroots committee’. With the graphic idea of a clenched fist and arm in the shape of a factory chimney.

But it’s not just the message that communicates. There’s an urgency in the simple, honest, raw design which makes it impossible to ignore; as does its size. Yes, posters are great because they’re BIG.

This work also tells us something else.

That if you’re passionate about the subject, it should show in the design. No money? No problem; it needn’t stop you doing something incredible. No fonts? No problem either.

We also see the strength of designing in just one ink colour. And proof that simple graphic ideas can be much more motivating than thousands of words of manifesto.

Whilst I believe that it takes many years to become half-decent as a designer or art director, I think we can all agree that in this instance, the students were giving the lessons.
Next: English Heritage press ad