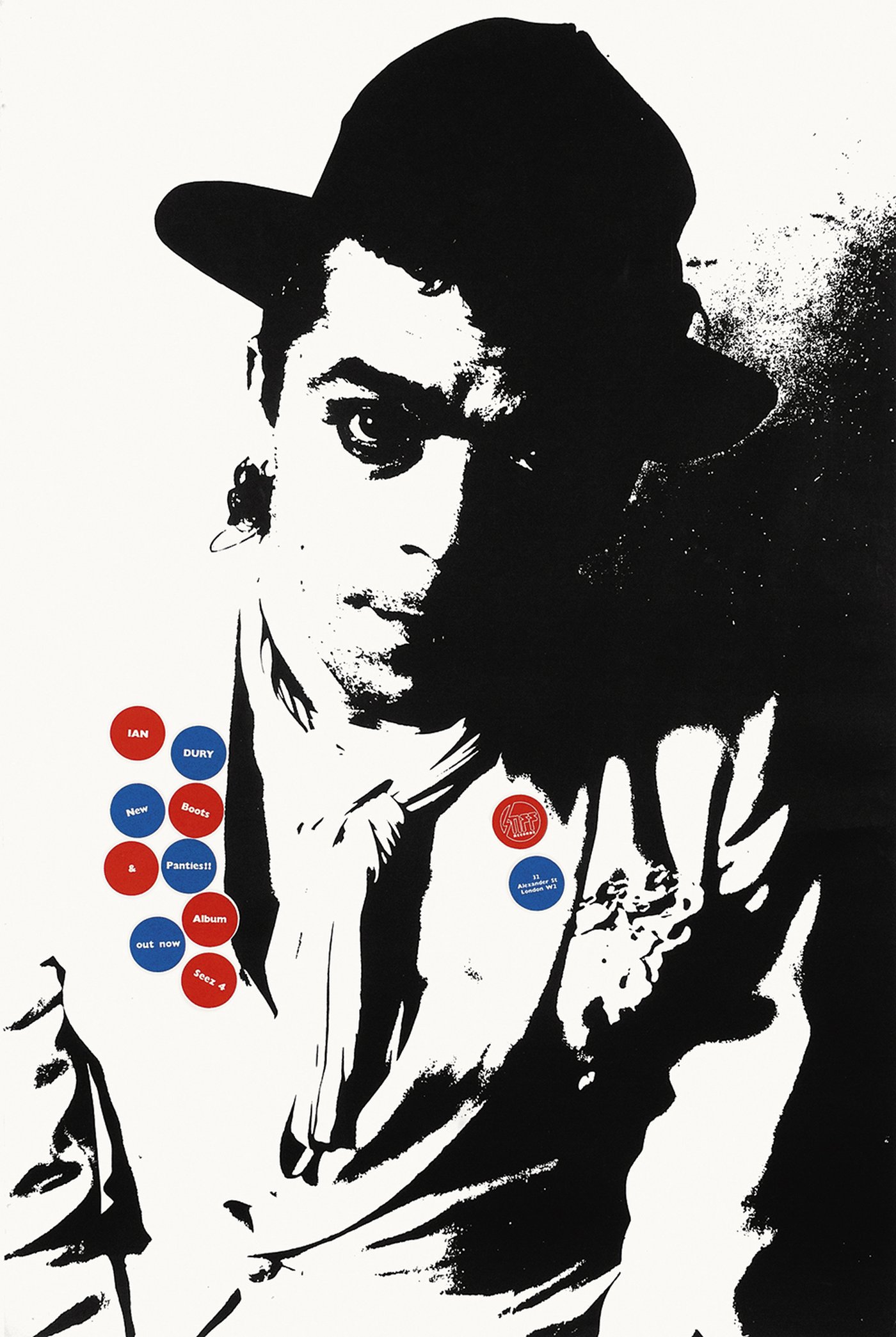 I was struck not only by his unquestionable genius of course but also by the amount of design work he did. Especially some stunning magazine covers that I hadn’t seen before. So it turns out one of the most important painters of the 20th century was also a graphic designer. Who knew?

One of the things that frustrates me about our business is the tendency to label creative people by discipline. So which particular silo are you in? Art director? Graphic designer? Photographer? Illustrator? Writer? Film Director? Artist?

Sure, different people have different interests and talents. And yes, you certainly have to practise (a lot) to become any good. But shouldn’t we all at least try to be jack of all trades and master of five or six? It makes life more interesting. And it makes your work better.

It’s an ad for his first album, ‘New Boots and Panties!!’, released at the height of punk but it’s not a punk record. It’s actually a weird and wonderful mix of punk, music hall, pub rock, rock and roll, funk and even disco. So no musical silos for Dury either.

As a fine artist he exhibited at London’s ICA. He also taught at various art schools, worked as an illustrator for The Sunday Times, and a designer for magazines such as Nova. His musical career spanned nine albums, he wrote for theatre and TV, and his acting credits include 22 film & TV roles. Phew.

But back to the poster. Designed by the equally multitalented Barney Bubbles. His work was full of playful, inventive graphic ideas. Especially during his stint as in-house designer at Stiff Records. Dury’s second album for example, had a cover which existed in twelve versions and was made from pages of the Crown Wallpaper catalogue. And he created a poster for Elvis Costello that had to be constructed from ads in three UK music papers.

The layout above is a supreme demonstration of how to take an artist’s name, album title, product description, catalogue number, logo, call to action, address and artist photograph and turn them into a single element, instead of an unweildy mess.

The clever bit is to place all the information in a series of badges, positioned on a portrait of Dury. But not real badges. And not a normal photograph. The graphic power comes not only from the simplicity, but also from photographer Tom Sheehan’s ultra-high contrast black and white image. Which is combined with vivid red and blue button badges, reduced down to simple flat coloured circles containing white Gill Bold type. ’Very good indeed’ to quote a line from Dury’s song, ’Sex and Drugs and Rock and Roll’.

Barney Bubbles’ life was cut tragically short in 1983 at the age of just 41, six years after this poster was completed. In his brief but brilliant career he worked as a graphic designer, furniture designer, art director, musician, fine artist and film director. Who knows what marvels he would have gone on to create, had he lived.

‘What a waste’ to quote another Ian Dury song.
Next: Intercity press ad